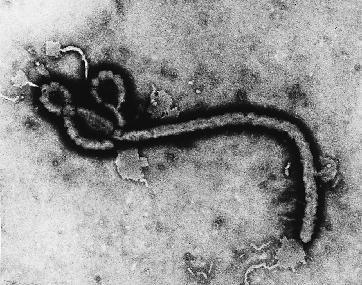 What are viral hemorrhagic fevers?

Viral hemorrhagic fevers (VHFs) are a group of diseases caused by several different viruses. These diseases affect several of the body’s organ systems at the same time. They damage the blood vessels, and interfere with the body’s ability to regulate itself.

Some VHFs are relatively mild, but others can be fatal. They often cause bleeding, along with other symptoms. The bleeding itself rarely causes death.

There are a number of VHF viruses that could be used as weapons. They include

How do you get these diseases?

In nature, people get VHFs from infected ticks, mosquitoes or rodents. People can be infected when they come in contact with urine, feces and other material from an infected rodent. People can also get a VHF from the bite of a mosquito or tick, or by crushing an infected tick. In some cases, it isn’t clear how people became infected.

Can you get these diseases from other people?

Some types of VHF viruses – including Ebola, Marburg and Lassa – can be spread from person to person. They are spread through close contact with infected people or their body fluids. People can also be infected through contact with contaminated objects like needles or syringes.

Why are these diseases considered possible weapons?

Anti-virus drugs can be used to treat some VHFs. Supportive care and treatment of symptoms are important for all of these diseases.

Can these diseases be prevented?

Vaccines are available for some VHFs, including yellow fever. Vaccine research is being done on other VHF viruses. In areas where these diseases are found in nature, efforts to control mosquitoes and ticks can help prevent some kinds of VHFs.

What should I do if I think I may have been exposed to a VHF?

If you’d been exposed to a VHF, it’s not likely that you would know it. However, if you’re concerned about it, talk to your doctor immediately. If you see any suspicious situations or activity in your community – including possible use of disease germs as weapons – alert your local law enforcement agency.