Blastomycosis is a disease caused by the dimorphic fungus Blastomyces dermatitidis, which exists as a mold in the environment and as a pathogenic yeast form in the body. The reservoir for B. dermatitidis is moist soil enriched with decomposing organic debris. The fungus is endemic in Ontario, Manitoba, and the south-central, south-eastern, and mid-western United States. Transmission occurs by inhalation of spores after disturbance of contaminated soil. 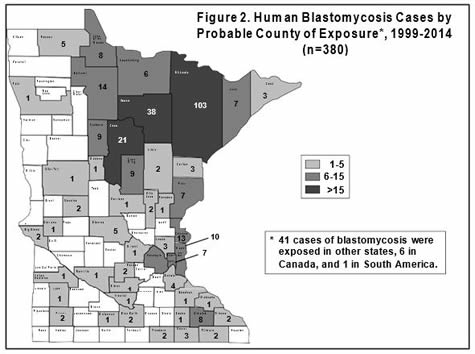