Culture-independent tests (CIDTs) have become increasingly adopted by clinical laboratories for the detection of Shiga toxin in stool. Eighty-four patient specimens that were positive by a CIDT conducted at a clinical laboratory were not subsequently culture-confirmed, and therefore did not meet the surveillance case definition for inclusion in MDH case count totals. 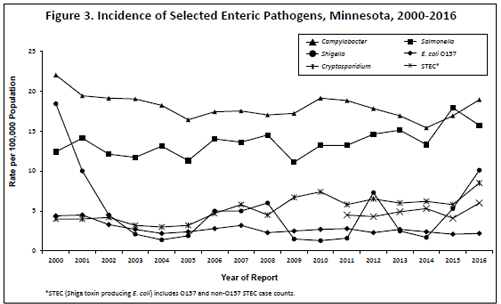