Alcohol and Other Drugs

Alcohol and Other Drugs
Quick Facts

In 2017, hundreds of Minnesotans died by suicide, alcohol and/or opioids.

Put into perspective, many small towns in Minnesota have fewer than 800 residents. This is the equivalent of losing an entire town's population each year due to these preventable deaths.

Suicide is the eighth leading cause of death in Minnesota and tenth nationally. From 1999-2017, suicide deaths steadily increased from 437 in 1999 to 783 in 2017. This is an increase of 79 percent. Suicides are not experienced equally across age groups, genders or geography in Minnesota:

Suicide is rarely random or inevitable. There is not one single path that leads to suicide. Suicide death is complicated and is often the result of a combination of factors experienced across a lifetime like childhood trauma, serious mental illness, substance abuse, painful loss, exposure to violence, social isolation and loneliness, and easy access to lethal means.

Help is available from anywhere in the United States through the Crisis Text Line (text HOME to 741741) or the National Suicide Prevention Lifeline at (800) 273-8255. Both services are free, confidential and available 24 hours a day, seven days a week. 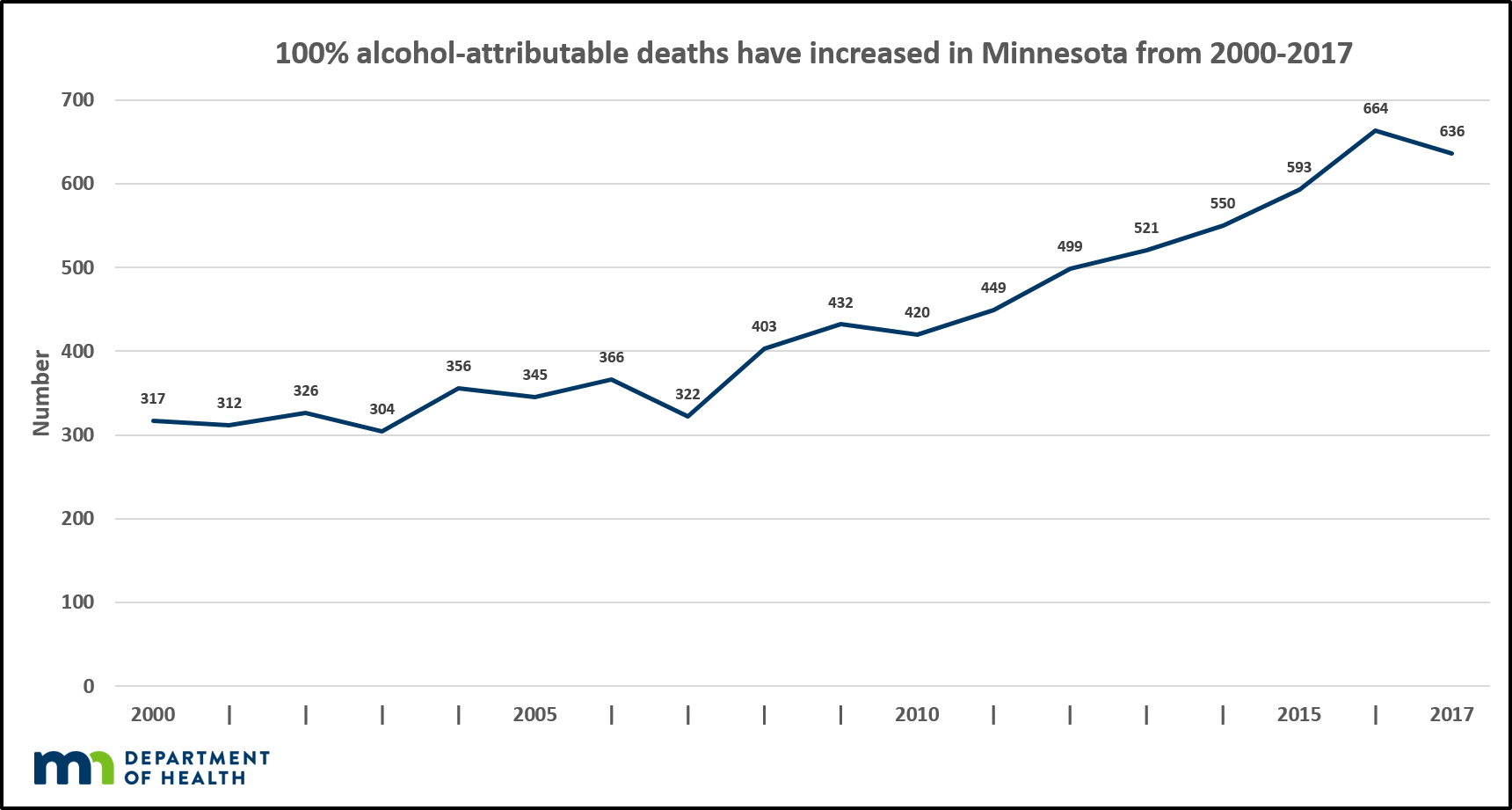 The estimated number of 100% alcohol-attributable deaths has increased over the past 17 years. 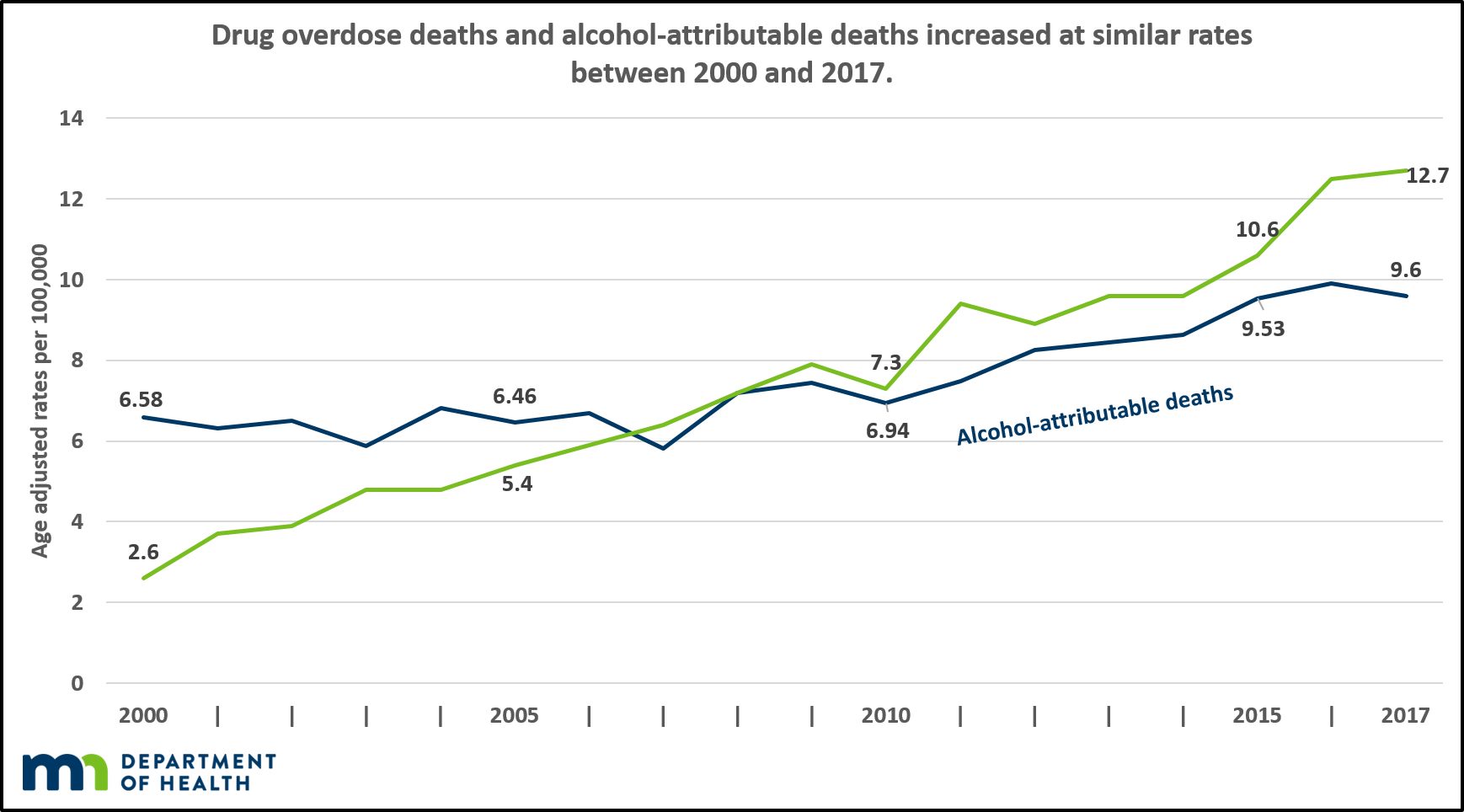 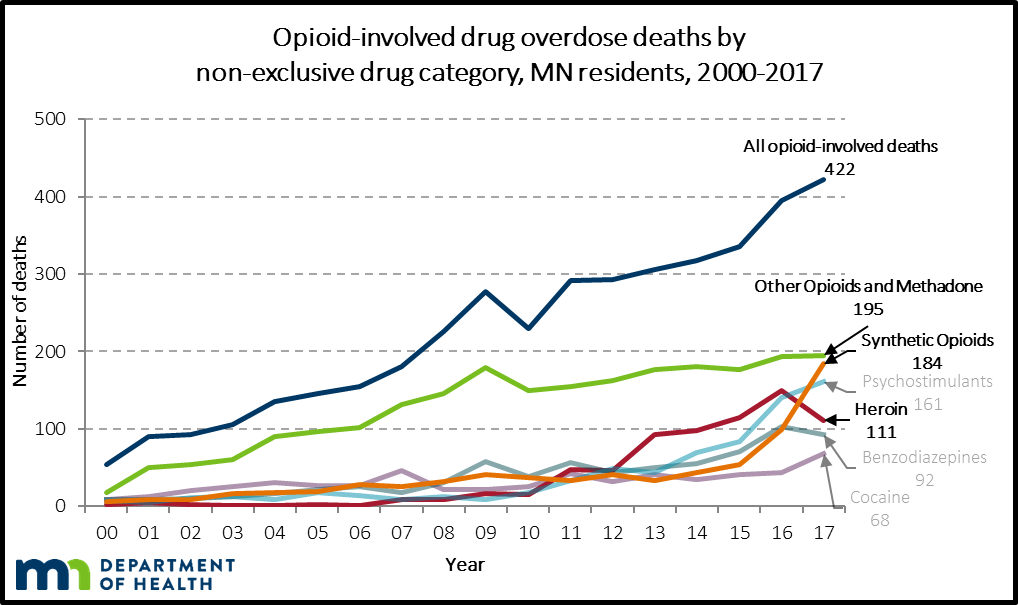 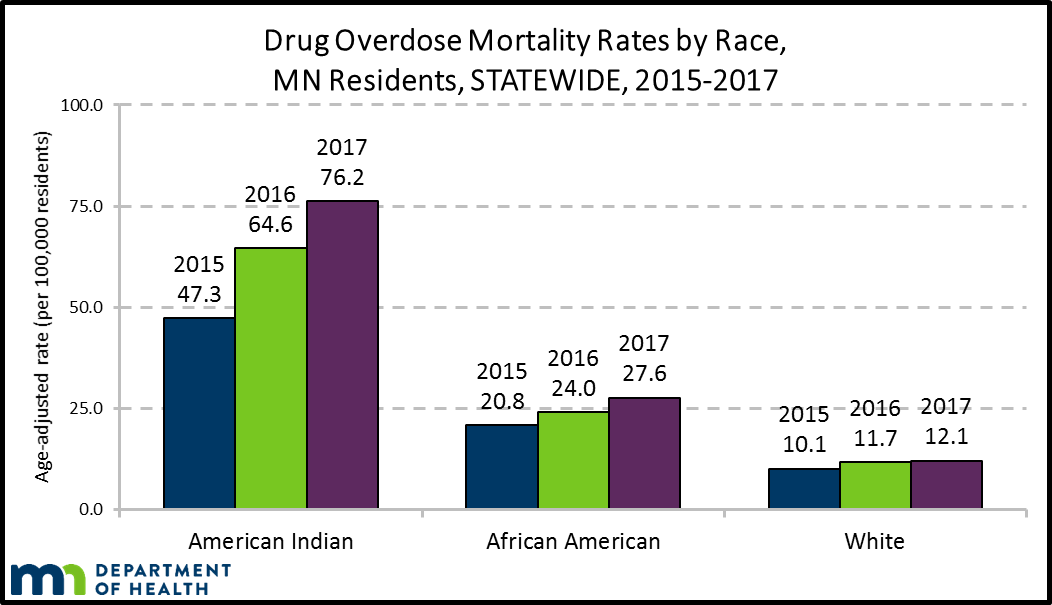 Contact Jon Roesler at Jon.Roesler@state.mn.us or
651-201-5487 for suicide-related data information.

Subscribe to the Alcohol and Other Drugs Email Updates