As shown in Table 1 and Chart 1, the hospitalization rate for cardiovascular-disease related lower-extremity amputations has declined from their highest levels in 2006 and 2007. In recent years, the rate has been steady, but it is higher than the recent lowest rate recorded in 2016. Over this 15-year time period, the total number of hospitalizations has remained in a fairly narrow range, from 498 at the low end to 665 at the high end. 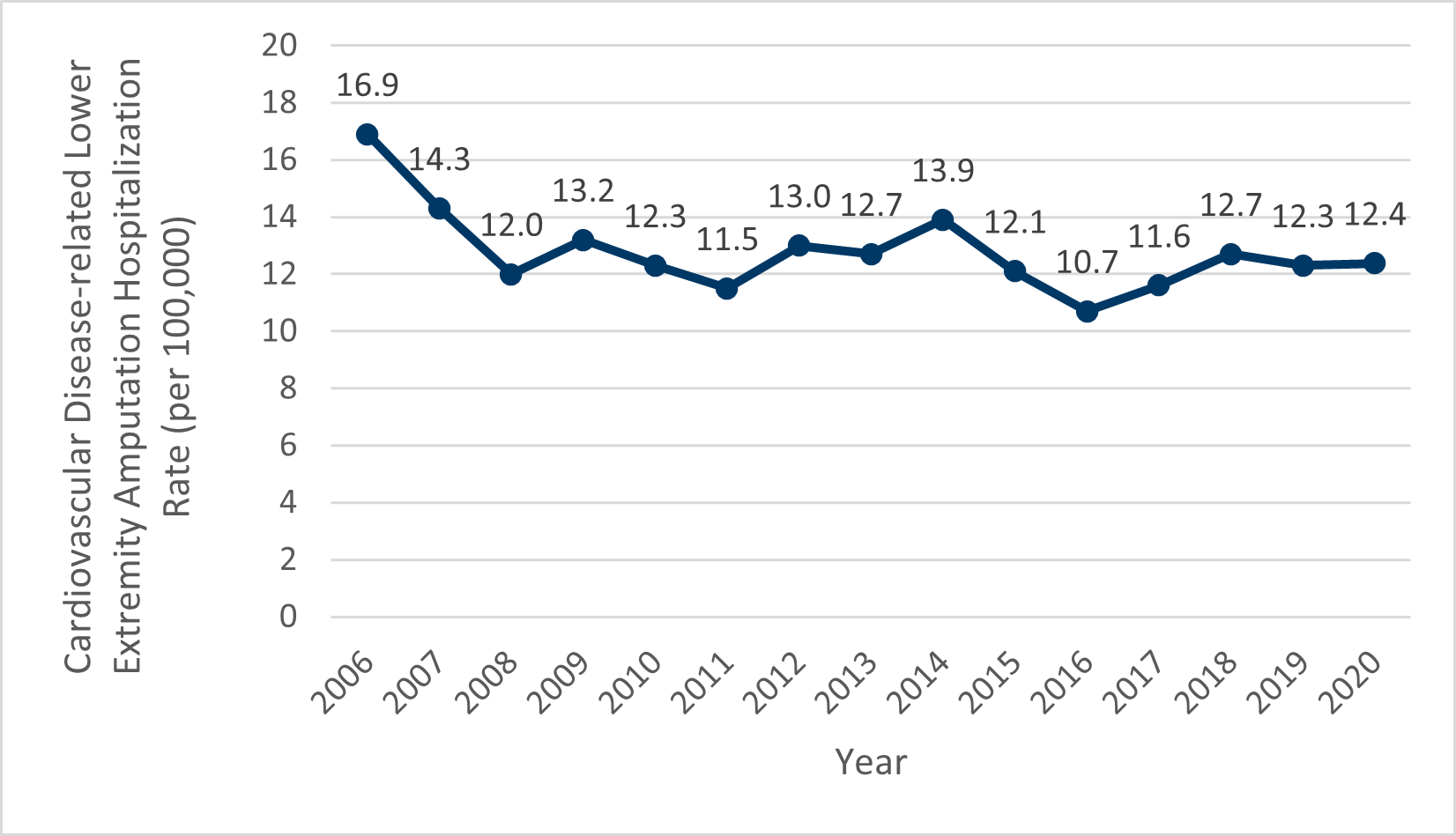 Definitions for this indicator is available through the Agency for Healthcare Research and Quality (AHRQ).The lower-extremity amputation measure was modified from the AHRQ definition by replacing diabetes diagnosis codes with circulatory disease diagnoses (ICD-9: 390 -459 through September 30, 2015 and ICD-10: I00-I99). Adult measures were age-adjusted to the U.S. 2000 adult standard population weights.

The change from ICD-9 to ICD-10 introduces some uncertainty in the trend from 2014 through 2016, because changes in coding may lead to differences in classification of conditions before and after the transition.