What is Heart Disease?

As shown in Chart 1 and Table 1 below, the heart disease death rate has declined since 2004, but it still remains the second-leading cause of death in Minnesota. More men die of heart disease than women, and at younger ages, which explains the higher age-adjusted death rate for men compared to women. Total deaths were lowest in 2010 and have risen by 20% in the years since, with 1,400 more deaths in 2018 compared to eight years earlier. Most of that increase has been in men. Even though the number of deaths has started to increase, death rates have remained relatively stable. This can be explained by our aging population, with the number of older people who are at a risk of dying from heart disease also increasing each year. 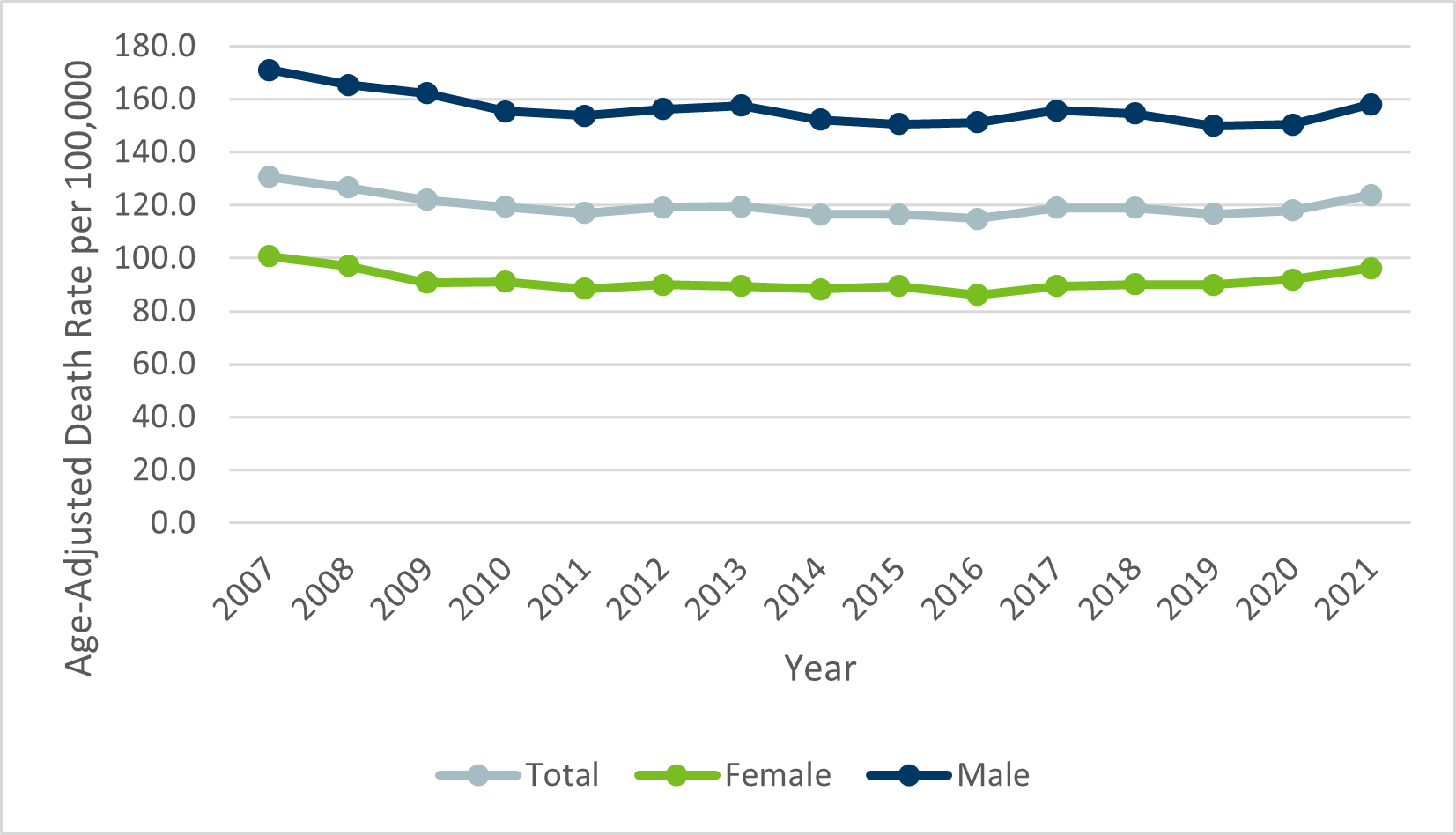 Table 1: Total Deaths and Death Rate due to Heart Disease for all Minnesotans and by sex, 2004-2018

Even though Minnesota has a very low rate of heart disease deaths compared to the United States, there are large disparities in the state. As shown in Chart 2 and Table 2, the death rate due to heart disease is highest in American Indian communities in Minnesota and lowest in Asian/Pacific Islander and Hispanic communities. The last column of Table 2 shows a rate ratio, which compares two rates to describe how much one group is impacted compared to another. Any number larger than 1 means that the group of interest is higher than the comparison group. Any number smaller than 1 means that the group of interest is lower than the comparison group. In Table 2, populations of color are compared to the white population. American Indians die from heart disease at a rate 1.53 times higher than whites. While the age-adjusted death rate shows little difference in heart disease deaths between white and African-American/African Minnesotans, a different picture emerges when looking at death by age groups starting at 35 years.

Table 2: Total Deaths and Death Rate due to Heart Disease by Race and Ethnicity, 2014-2018

Among those aged 35 through 64, African American/African Minnesotans die from heart disease at about 2 times the rate of white Minnesotans. For American Indians, this disparity is even greater, with death rates more than 3.5 times higher than whites among those aged 35 to 54, and more than twice as high among those aged 55 to 74. Both African-Americans/Africans and American Indians over the age of 85 die from heart disease at a lower rate than whites, but this may be because those who have heart disease in these groups are dying at much younger ages. Table 3 shows the death rates for all three race groups and the rate ratio comparing African Americans/Africans and American Indians to whites. Asian/Pacific Islanders and Hispanic communities have lower death rates than whites in every age group and are not shown in Chart 3 or Table 3. 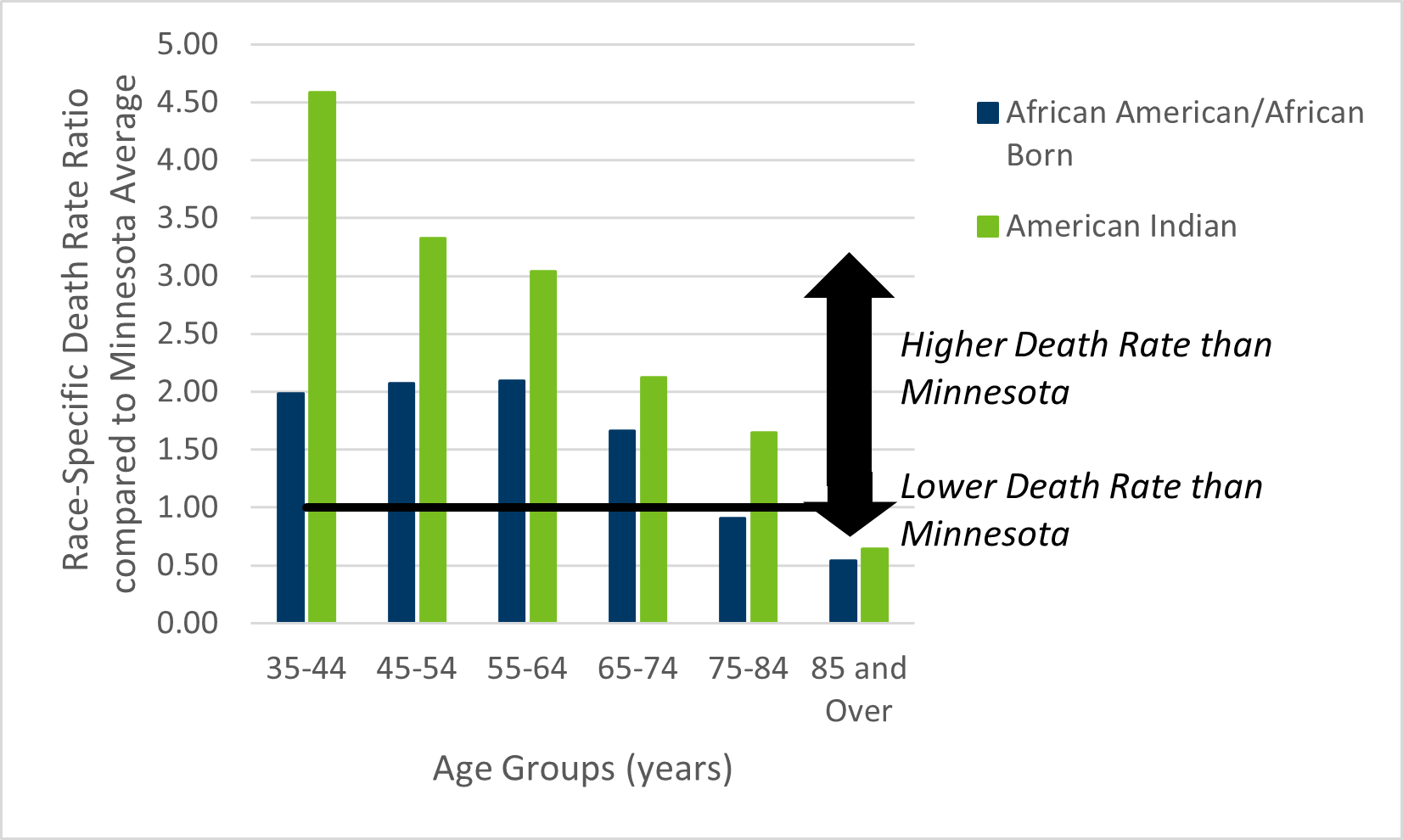 Annual death records from 2004 to the present were obtained from the Minnesota Department of Health Center for Health Statistics.