As shown in Table 1 below, the death rate due to stroke has declined since 2004, and it is now the sixth-leading cause of death in Minnesota. As recently as 2010, it was the third-leading cause of death in the state, but has fallen below Accidental Injury, Chronic Obstructive Pulmonary Disease, and Alzheimer’s Disease, all of which have rising death rates. The age-adjusted death rate for stroke for men and women is similar. More women die of stroke than men, but usually at an older age, which explains the similar death rate. Total stroke deaths were lowest in 2009 and have risen slightly in the years since. Chart 1 shows the pattern in total number of deaths and for women (green) and men (blue) since 2009. Even though the number of deaths has increased slightly, death rates have remained relatively stable. This can be explained by our aging population, with the number of older people who are at a risk of dying from stroke also increasing each year. 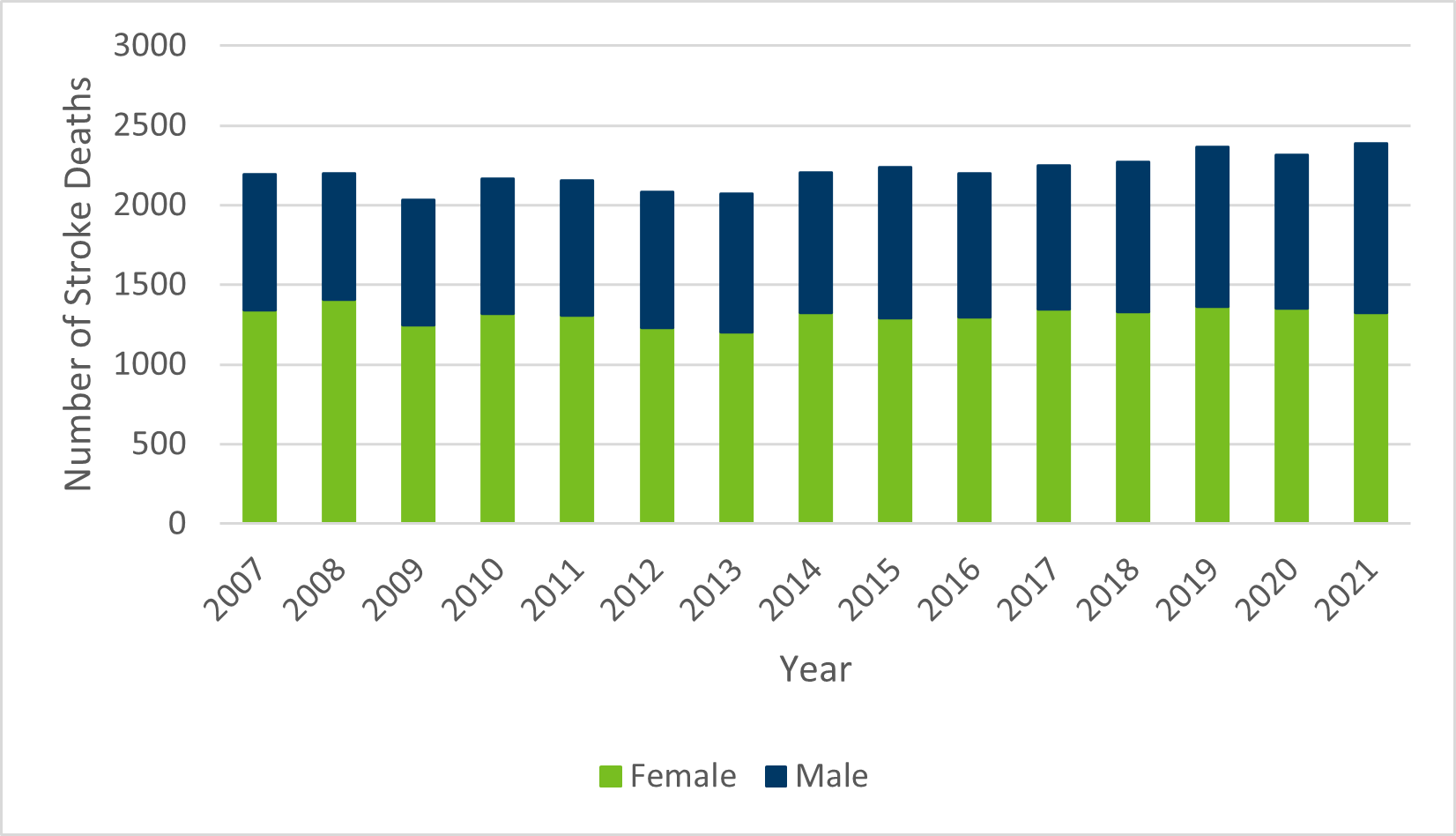 Despite Minnesota’s overall lower stroke death rate compared to the United States (13% lower in 2018), there are large disparities in the state. As shown in Chart 2 and Table 2, the death rate due to stroke is highest in African-American/African and Asian/Pacific Islander communities in Minnesota and lowest in Hispanic communities. The last column of Table 2 shows a rate ratio, which compares two rates to describe how much one group is impacted compared to another. Any number larger than 1 means that the group of interest is higher than the comparison group. Any number smaller than 1 means the group of interest is lower than the comparison group. African-American/Africans and Asians/Pacific Islanders die from stroke at a rate approximately 40% higher than whites, while stroke death rates for American Indians are 26% higher than for whites. Stroke death rates for Hispanic Minnesotans are 34% lower than for whites. 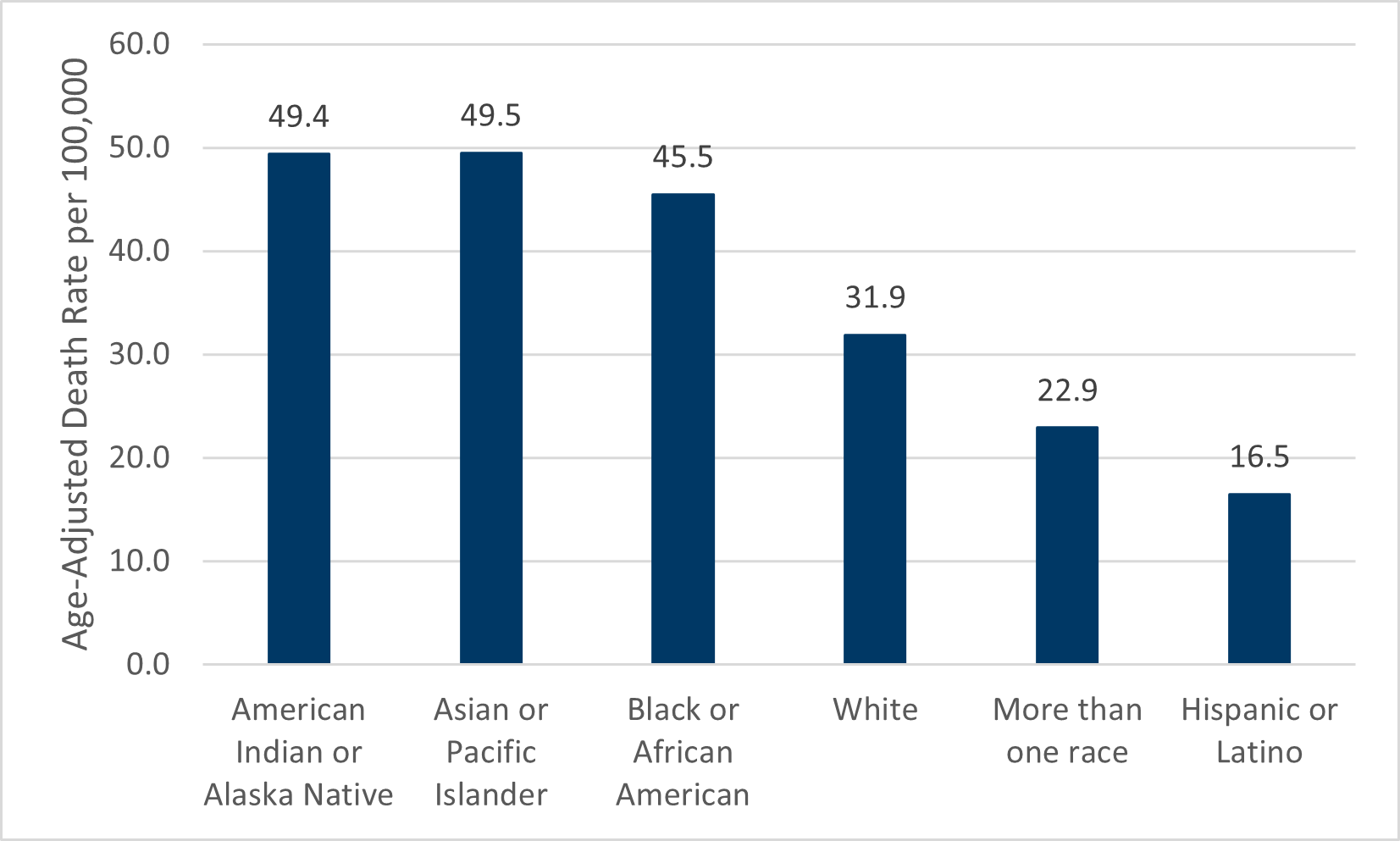 The number of deaths due to stroke increases in older age groups. Table 3 shows the number of deaths and death rate due to stroke over the three most recent five-year time periods. Over that 15 year period, the largest declines in death rates have been for Minnesotans aged 35-44 and 65-84, as shown in Chart 3. For Minnesotans aged 45-64 and 85 and older, the declines have only been about half as large. 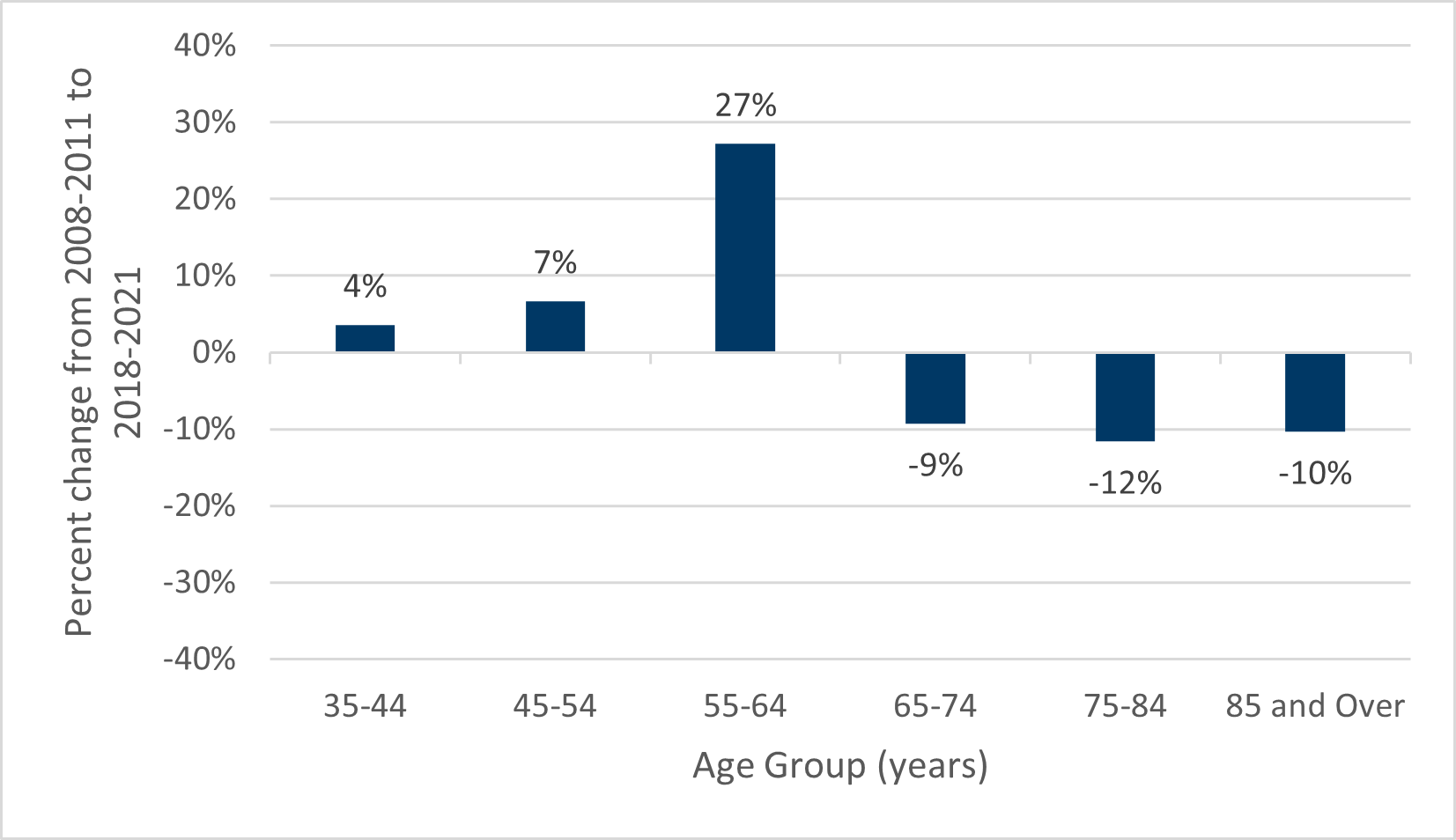 There are two main types of stroke. About 80% of stroke events are ischemic strokes which occur when a clot blocks a blood vessel in the brain. A hemorrhagic stroke occurs when a blood vessel ruptures in the brain. A large proportion of death certificates do not specify which type of stroke was the cause of death, so it is difficult to interpret trends in the number of deaths due to the two major types of strokes.

Annual death records from 2004 to the present were obtained from the Minnesota Department of Health Center for Health Statistics.

Since 1999, stroke deaths are identified as the underlying cause of death on death certificates as ICD-10: I60-I69. This includes ischemic stroke, hemorrhagic stroke, and other cerebrovascular diseases.