As shown in Table 1, the total number of hospitalizations of Minnesotans due to stroke and transient ischemic attacks (TIA) has remained fairly stable from 2006 through 2015, followed by an increase of more than 1,700 annual hospitalizations through 2019. TIAs are temporary blockages in the blood supply to the brain. Sometimes these are called “mini-strokes.” The rate of hospitalization for all stroke and TIA declined in a steady fashion, until leveling out in recent years, as shown in Chart 1. The average hospitalization rate has been relatively stable since 2015, rising less than 5% over four years.

Chart 1: Age-adjusted Hospitalization Rate due to Stroke and TIA for all Minnesotans, 2006-2020 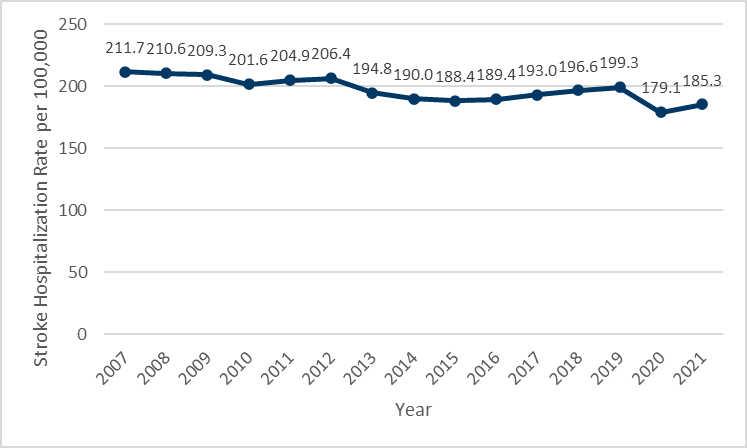 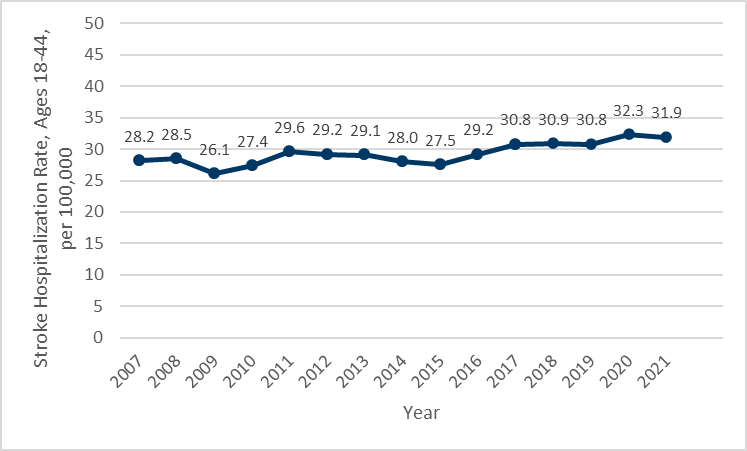 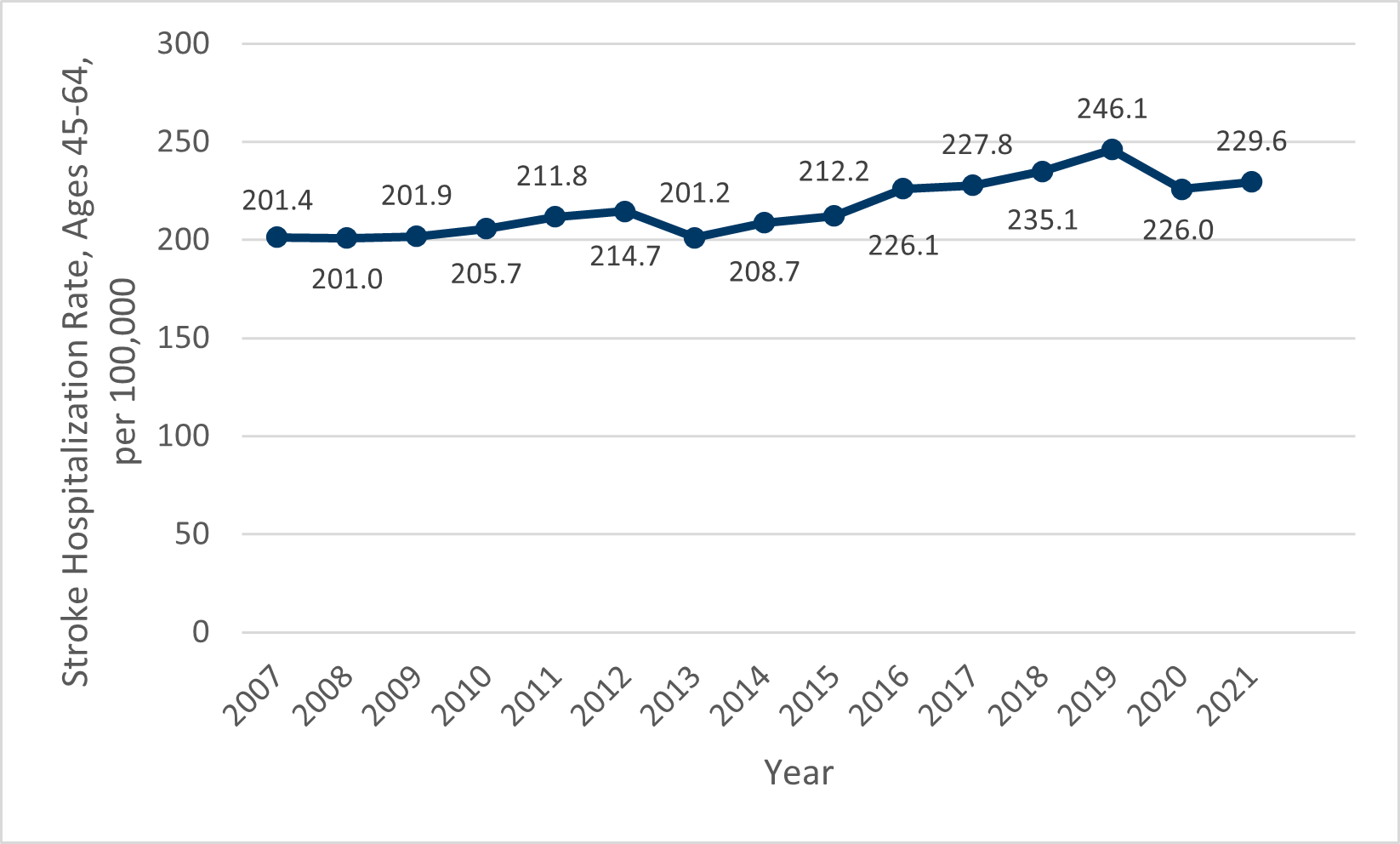 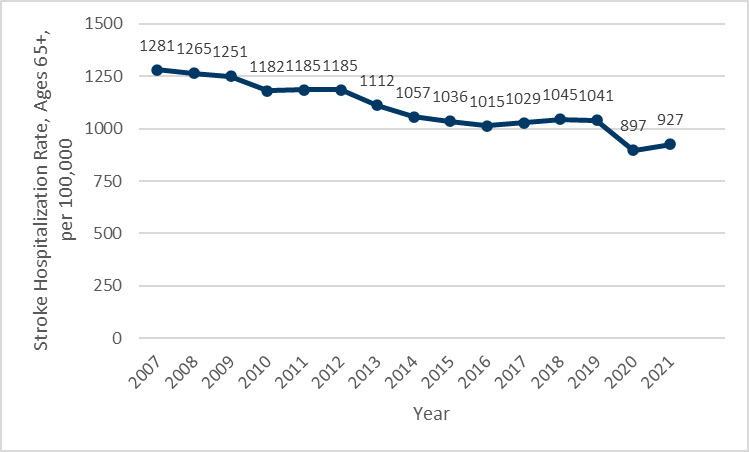 The change from ICD-9 to ICD-10 introduces some uncertainty in the trend from 2014 through 2016, , because changes in coding may lead to differences in classification of conditions before and after the transition.