This award recognizes individuals or groups who have contributed to advancement in the field of public health.

Dorothy has contributed new energy and ideas for public health by expanding the understanding of what creates health. During Dorothy's 30-year career, her commitment to public health and its core value of social justice has led her to expand the conversation about what creates health by focusing on and elevating the key conditions that create health and actions to improve them. Dorothy was the primary author of the 2012 and 2017 statewide health assessments, and the editor and a contributor to the 2014 report to the Legislature, Advancing Health Equity in Minnesota (PDF). The 2012 assessment led with the conditions that create health and ended with health outcomes—at the time, this was revolutionary and recognized nationally. 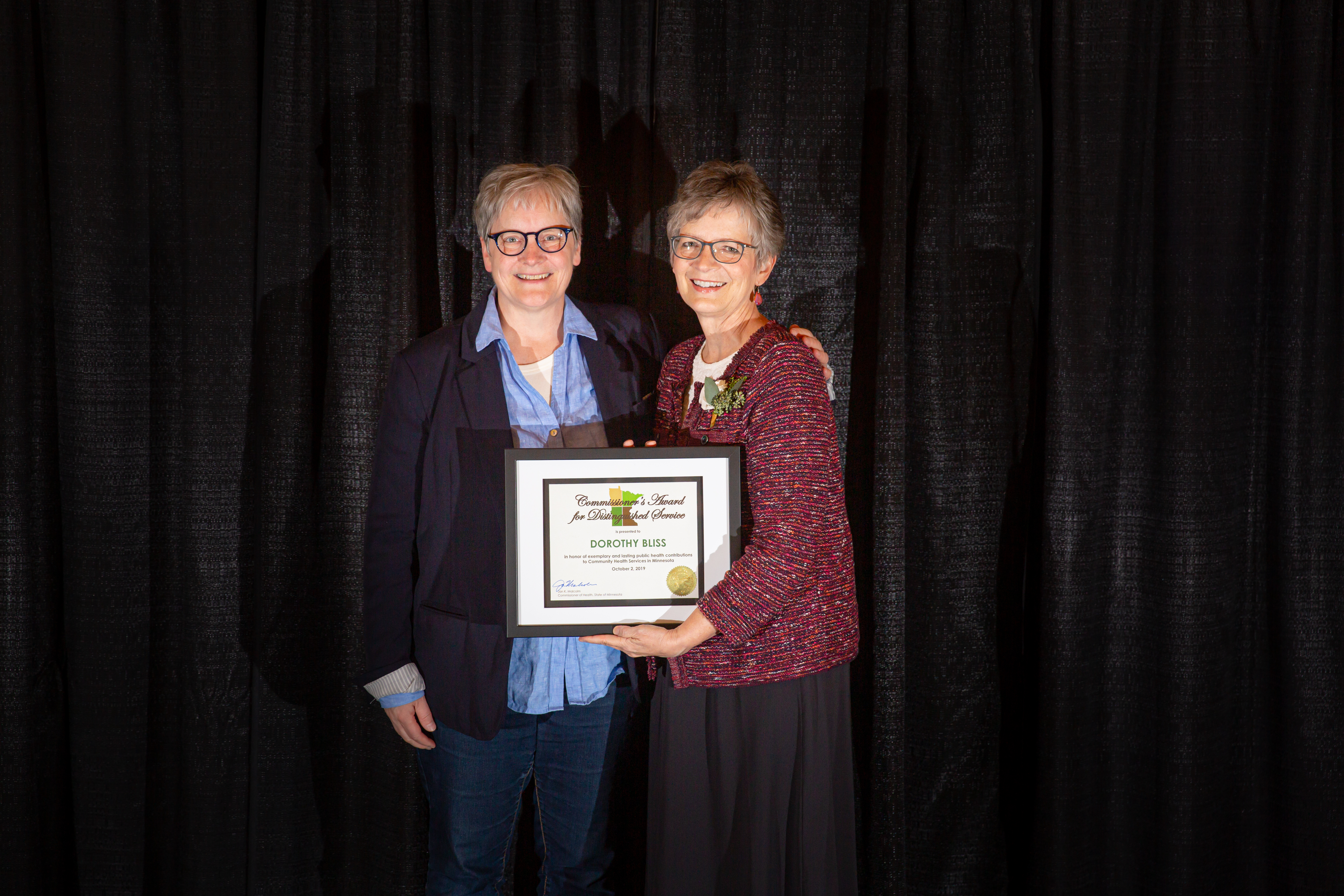 The Commissioner's Award for Distinguished Service in Community Health Services was created in 1992 to acknowledge long-term contributions, involvement, achievement and commitment to CHS. The recipients of this award have demonstrated this kind of long-term commitment, and have contributed to advancement within the public health field.