This award recognizes individuals who have made a significant contribution to the promotion and implementation of local public health in Minnesota.

Commissioner Marv Bodie is hands-on with his endeavors to help Carlton County, his community health board, and the Healthy Northland SHIP partnership improve the health of thousands of residents. Through his support of regional coordinators, he helps bring programs to his constituents that wouldn't otherwise be possible in small, rural counties. 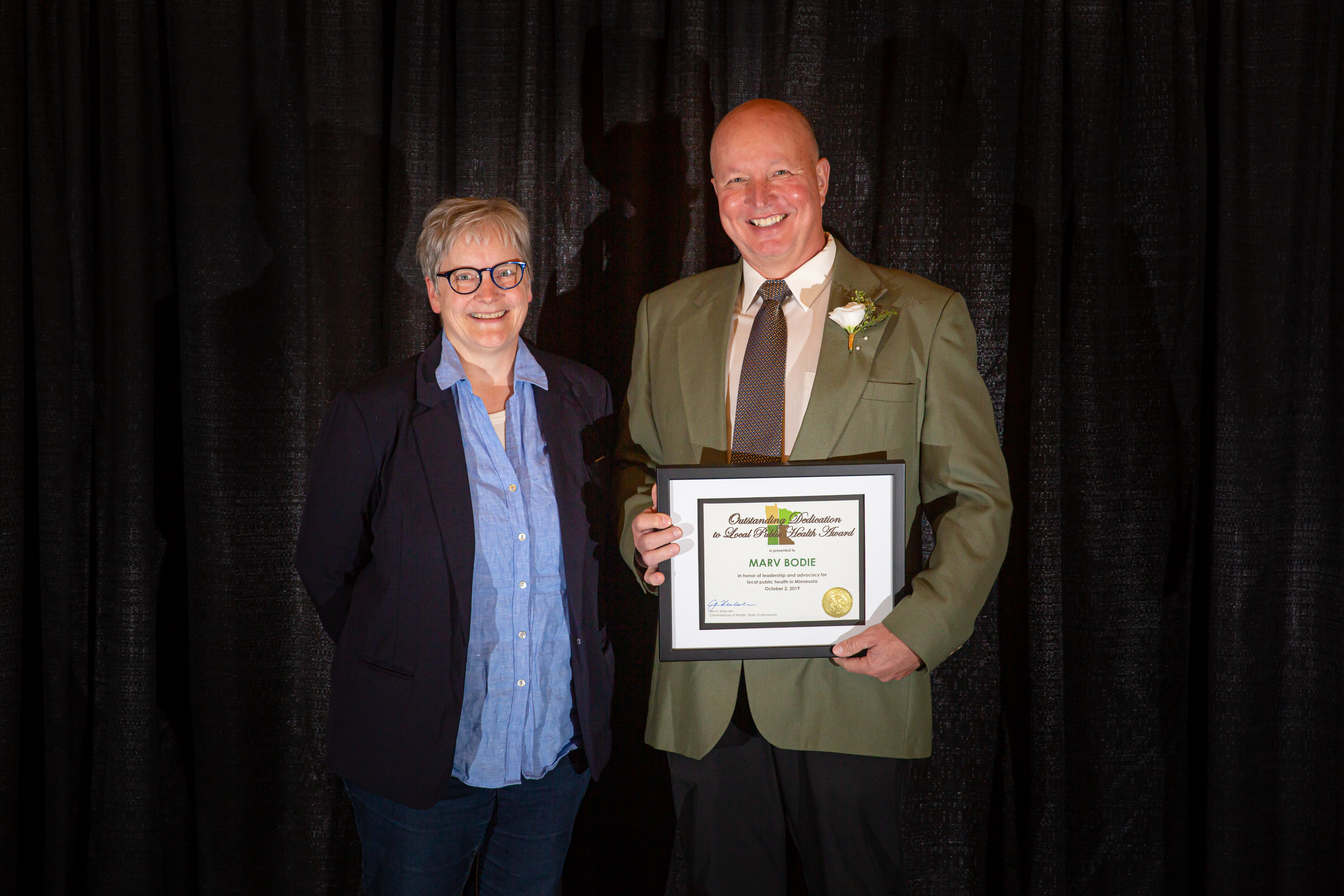 Eligibility requirements include: Local elected official, former or retired elected official, or appointed representative to a community health board or local board of health. Nominate an individual or group for this award.