Novel and Variant Influenza A Viruses

New (novel) influenza A viruses have the potential to cause a pandemic if the virus were to change to become easily and sustainably spread from person-to-person.

Human infections with novel avian influenza virus are concerning because flu changes rapidly, and animal flu viruses can change such that they may gain the ability to infect people easily and spread among people .

How is HPAI spread?

Can humans be infected with HPAI?

H5N1 is a highly pathogenic avian (bird) flu virus that has caused serious outbreaks in domestic poultry in parts of Asia and the Middle East. Since its widespread re-emergence in 2003, rare, sporadic human infections with this virus have been reported in Asia, and later in Africa, Europe, and the Middle East.

H5N2 is a highly pathogenic avian (bird) flu virus that has caused serious outbreaks in domestic poultry in parts of Asia and the Middle East.

Although H5N1 does not usually infect humans, nearly 600 cases of human cases of H5N1 have been reported from 15 countries since 2003 and in 2011 62 human H5N1 cases and 34 deaths were reported from five countries (Bangladesh, Cambodia, China, Egypt, and Indonesia).

Meet the artists behind: 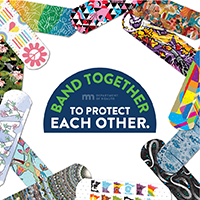