Iron bacteria are small living organisms that naturally occur in soil, shallow groundwater, and surface waters. These bacteria combine iron (or manganese) and oxygen to form deposits of "rust," bacterial cells, and a slimy material that sticks the bacteria to well pipes, pumps, and plumbing fixtures.

Iron bacteria are not known to cause disease. However, they can create conditions where other disease-causing organisms may grow. They can also affect how much water the well produces and may cause clogging issues.

To be safe, test the water for nitrate and coliform bacteria. Make sure the well is properly constructed, located, and maintained.

How to Detect Iron Bacteria

You can confirm that it is iron bacteria by having the water tested at a laboratory.

Iron bacteria are in most soils in Minnesota. Drilling, repair, or service work can also introduce iron bacteria into a well or water system. Here are some ways to prevent iron bacteria from entering your well:

Physical removal is usually the first step in very infected wells. A licensed well contractor will:

This is the most common treatment technique for iron bacteria. There are three groups of chemicals people use for this:

Pasteurization injects steam or hot water into the well to keep the well water temperature at 60 degrees Celsius (140 degrees Fahrenheit) for 30 minutes. Pasteurization can be effective, but expensive.

Chlorine is cheap and easy to use, but it may not always get rid of iron bacteria. You may have to treat with chlorine more than once. Both the concentration of chlorine and how long the chlorine solution is in contact with the bacteria are important.

"Shock" chlorination is the process of using a strong chlorine solution to disinfect the well and system. The chlorine concentration should be close to but not greater than 200 parts per million (ppm). A concentration greater than 200 ppm reduces how effective the disinfection is.  Before adding the chlorine solution, the well should be pumped until clear or physically cleaned. See the Well Disinfection webpage. 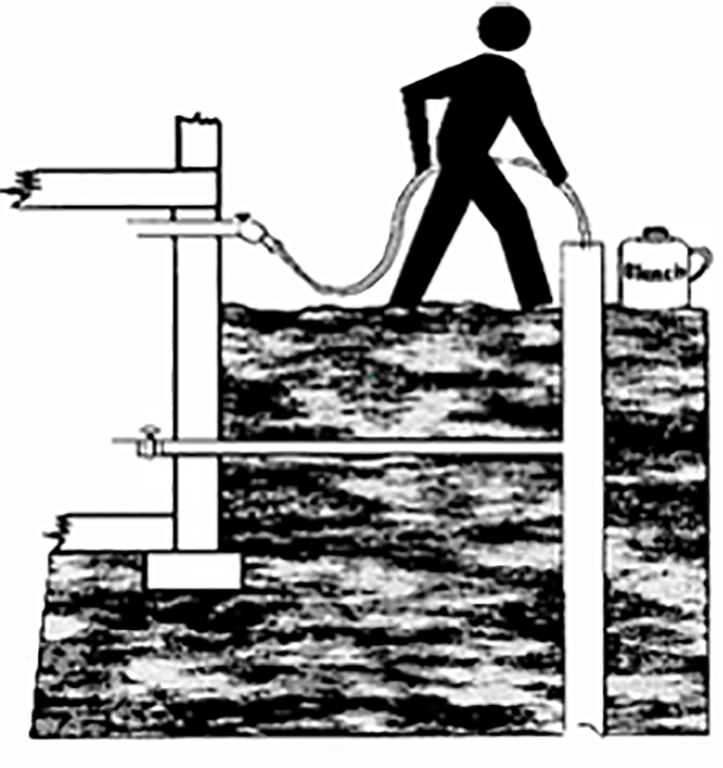 Should I test my well water for anything besides iron bacteria?

Yes. Both natural sources and human activities can contaminate well water and cause short-term or long-term health effects. Testing your well water is the only way to detect most of the common contaminants in Minnesota groundwater; you cannot taste, see, or smell most contaminants. Minnesota Department of Health recommends testing for:

Other contaminants sometimes occur in private water systems but less often than the contaminants listed above. Consider testing for: