Tobacco and Nicotine Use in Minnesota: Briefs, Reports, and Statistics 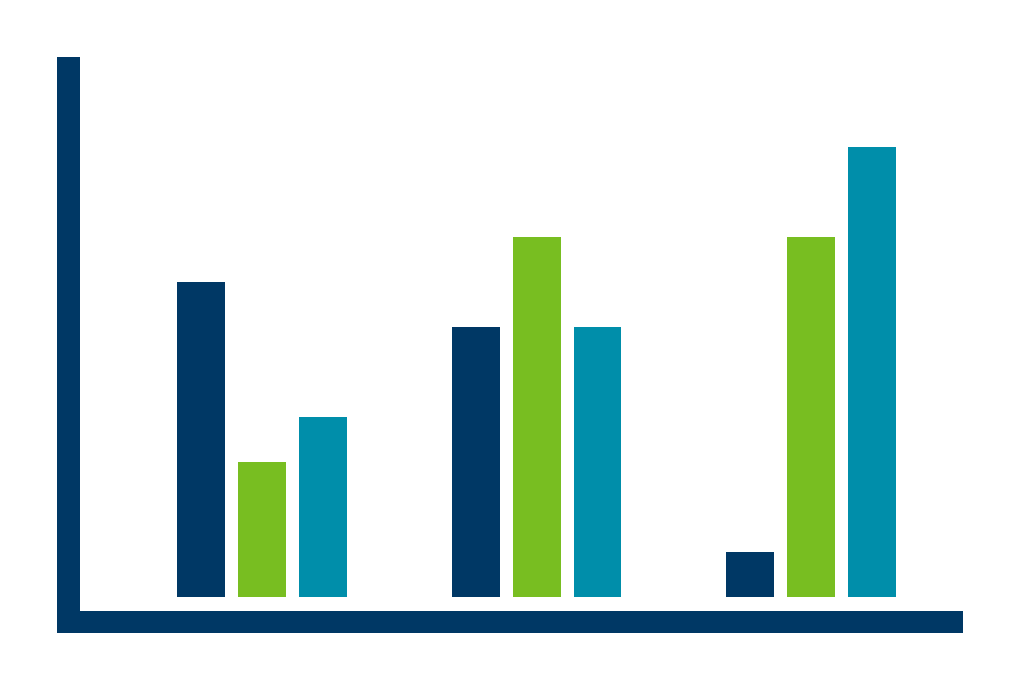 Tobacco NUMBRS aims to increase the visibility and accessibility of data on commercial tobacco use in Minnesota. This page features a series of data briefs, among other resources like factsheets and reports, highlighting findings from various surveys of tobacco use and other data sources.

Click to subscribe for updates. We will send you new reports, data briefs, and other resources as they are released.

Minnesota has a long history of comprehensive tobacco control, which has led to a dramatic decline in smoking among teens. However, the rising popularity of e-cigarettes (often called vapes) threatens this success. E-cigarettes entered the U.S. market in 2007 and soon became popular with teens. Vaping products are a serious threat to the health of Minnesota’s youth, delivering cigarette-like levels of flavored nicotine to the user.

Tobacco Use and Asthma

8/21/19: Smoking and Vaping around Youth who have Asthma

Smoking and Vaping around Youth who have Asthma

Download this Brief: Smoking and Vaping around Youth who have Asthma (PDF)

Teen Tobacco Use in Rural Minnesota

The tobacco use landscape in the United States and Minnesota is evolving. E-cigarettes are rapidly increasing in popularity, especially among youth. However, products like cigarettes and smokeless tobacco continue to have a stronger hold in rural areas due to decades of targeted marketing by the tobacco industry, which integrated tobacco use into rural culture.

This data brief dives deeper into rural youth tobacco use in Minnesota.

Download this brief: Teen Tobacco Use in Rural Minnesota (PDF)

So, which teens try e-cigarettes? This data brief demonstrates that teens whose environments put them at risk for use of e-cigarettes are more likely to try them.

Minnesota teens are using e-cigarettes and vapes at alarming rates, exposing themselves to the harms of nicotine and risking addiction. In this data brief we use the 2017 MYTS to report e-cigarette initiation prevalence, which teens are trying e-cigarettes, and why initiation is a problem.

Recent evidence suggests that, compared to youth who have never used them, youth who have tried e-cigarettes are twice as likely to start smoking in the future.1

E-cigarettes and Recreational Marijuana Use

E-cigarettes and Recreational Marijuana Use

Cigar and Cigarillo Use

Cigar and Cigarillo Use 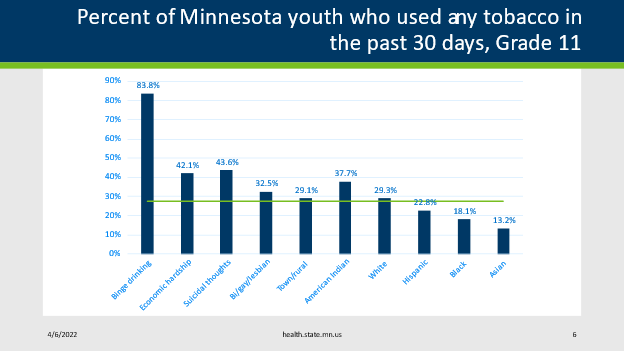 Click below to view tobacco profiles for each of Minnesota's counties. These profiles show commercial tobacco's toll in each county in one year. They also include local and statewide data on products stores sell, youth tobacco use, and tobacco use during pregnancy.

The Minnesota Youth Tobacco Survey (MYTS) has been conducted since 2000, by the Minnesota Department of Health to provide comprehensive, in depth information on the tobacco use of young people and to design and evaluate prevention efforts. The MYTS is a representative sample survey. The seventh MYTS was conducted in 2017, and previous surveys took place in 2000, 2002, 2005, 2008, 2011, and 2014.

The Minnesota Student Survey (MSS) is conducted every three years among populations of Minnesota public schools. The census-like survey asks questions about activities, experiences, and behaviors. Topics covered include: tobacco, alcohol and drug use, school climate, physical activity, violence and safety, health, connections with school and family, and other topics.

The survey is administered jointly by the Minnesota Departments of Education, Health, Human Services, and Public Safety. The Minnesota Student Survey collects data by 5th, 8th, 9th, and 11th grades.

The Minnesota Adult Tobacco Survey (MATS) is a collaborative effort between ClearWay Minnesota and the Minnesota Department of Health. MATS is the most thorough source of information about tobacco behaviors, attitudes and beliefs in Minnesota and helps measure the progress of Minnesota’s comprehensive tobacco control program. Previous MATS surveys were conducted in 1999, 2003, 2007, 2010, and 2014.

The 2014 MATS is a cross-sectional, random digit-dial telephone survey, conducted from February to July 2014 among adults aged 18 and older living in Minnesota. The sample of 9,304 responding adults consisted of 5,300 from a statewide landline sample and 4,004 from a cell phone sample.