Young people find their voice protecting their communities from the harms of commercial tobacco. 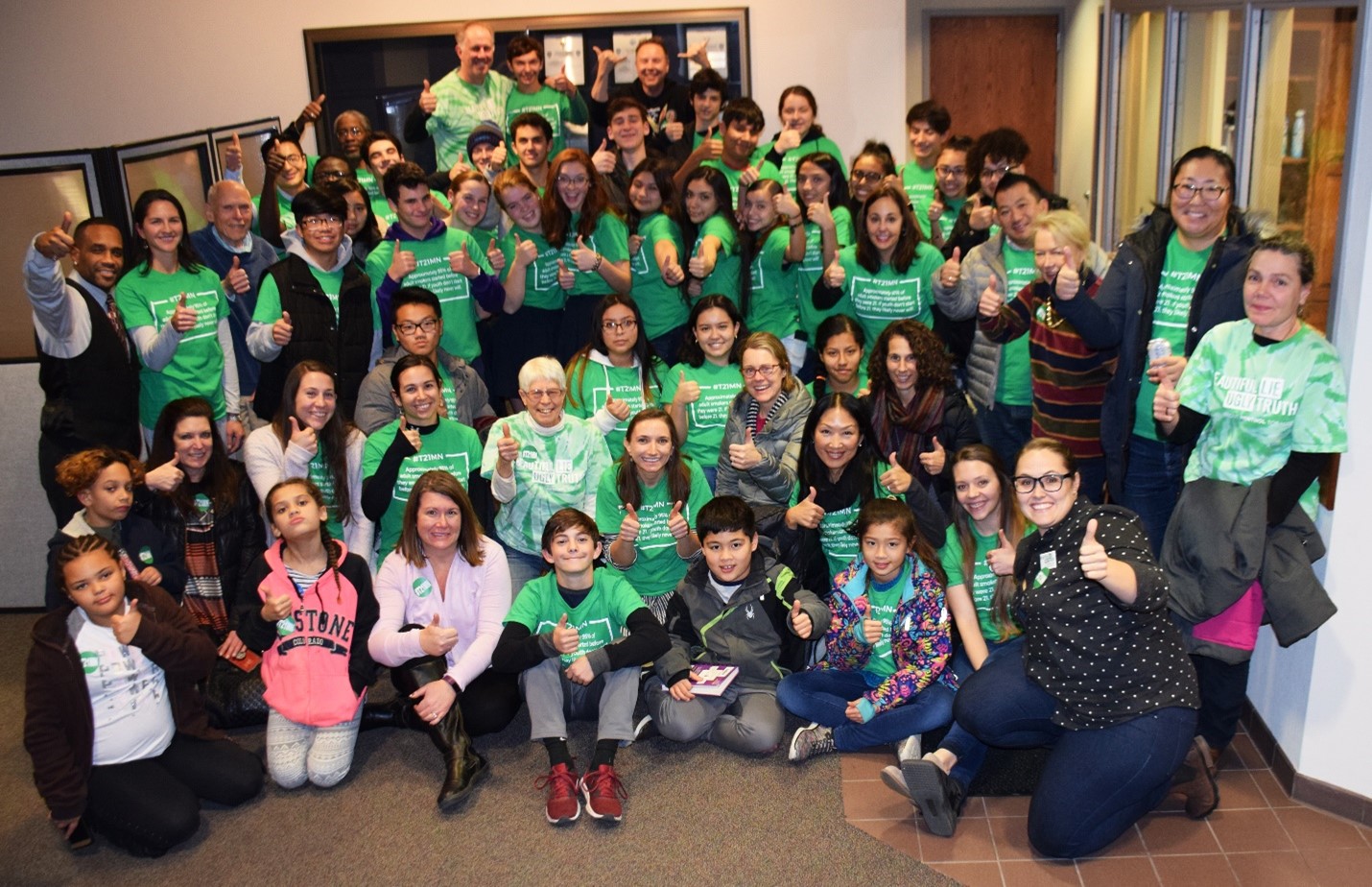 The tobacco industry has long targeted young people with marketing designed to get them hooked on nicotine early. Consequently, when youth learn they are targets for tobacco marketing, they provide an urgent, compelling, and authentic voice to advocate for commercial tobacco prevention and control.

The industry also targets marginalized communities, contributing to significantly higher rates of smoking, vaping, and other forms of nicotine use. Ads for menthol cigarettes have long been aimed at U.S. born African Americans, leading to 88.5 percent of this community’s tobacco users choosing menthol cigarettes, compared to 39 percent of all smokers.1 Menthol is not the only flavor used to attract young people into tobacco use; sweet and fruity flavors are common in the “e-juice” liquid used for vaping—a form of tobacco use that is expanding rapidly.

That’s why Tobacco-Free Alliance Minnesota (TFA) is educating and mobilizing young people—many from underserved communities—to make big changes to tobacco policy in their communities, including combating flavored tobacco. TFA works with youth groups in Ramsey and Dakota County including African American, Somali, Asian American, Latino and LGBTQ communities that face tobacco-related health disparities. These youth groups educate their peers, community members, and decision makers on the harms of tobacco and how it affects their community.

TFA is supported in its community-based efforts as one of eleven recipients of a Tobacco-Free Communities (TFC) grant from the Minnesota Department of Health. TFC is a program to reduce smoking, prevent youth commercial tobacco use, and address tobacco-related disparities in Minnesota. The TFC grant program is part of a growing movement to promote community-driven commercial tobacco prevention and control activities and strategies.

To counter the promotion of flavors by the tobacco industry, TFA spearheaded efforts among youth and community members to educate the cities of Mendota Heights and Lilydale on the need to clear the retail market of all flavored tobacco products, including menthol, and raise the legal age to buy tobacco products to 21 (also known as “T21”). A similar effort contributed to neighboring St. Paul adopting the same measures, which passed the St. Paul City Council in October 2019. In addition, TFA led youth advocates in educating lawmakers about why raising the tobacco sales age to 21 would protect young people, contributing to the adoption of T21 in Eagan, Hastings, Lakeville, and West St. Paul.

“The youth in our program learned they had a voice in their community which could reverberate statewide and beyond,” said Elyse Less, Executive Director and TFC program director at Tobacco-Free Alliance, noting that the small communities of Mendota Heights and Lilydale were the first outside of California to pass a flavored tobacco ban. “They wrote letters, engaged their peers and neighbors, and educated city council members.”

“The young people gained skills and were able to see their power,” Less added. In fact, two of the youth who worked with TFA on tobacco prevention were subsequently asked to serve in leadership positions as Student Representatives to their school district board.

Listening to young people has also been a priority at TFA. The organization conducted focus groups in urban and rural communities in Minnesota to explore teen perceptions around vaping. They used their findings to create an interactive workshop for teens (both in person and on Zoom) with the goal to positively influence harm reduction. They also conduct workshops for parents and educators to provide them with communication tools to speak with youth about e-cigarette harms, targeted marketing by the tobacco industry, and ways to positively influence teen decision making about e-cigarette use. “One thing we heard from youth was that they want to learn about tobacco from a trusted adult—whether a parent, a coach, a teacher, a counselor—not in a school-wide assembly lecture” observed Melissa Mady, the Tobacco-Free Communities coordinator for TFA.

TFA is engaging more young people with each school year. They are looking forward to expanding their partnership with schools and youth groups, and seeing what new accomplishments their emerging leaders will achieve.