In 2015, the Minnesota Legislature passed a bill requiring MDH to fund a one-time grant of $200,000 through the Statewide Health Improvement Partnership (SHIP). It was awarded to Hennepin County Public Health in partnership with Minneapolis Department of Health, Saint Paul-Ramsey Public Health, and Bloomington Public Health.

This grant must engage members of the African American community and community-based organizations to implement strategies and interventions to reduce the disproportionately high use of cigarettes by African Americans, especially the use of menthol-flavored cigarettes. Thus, Hennepin County Public Health is working closely with the African American Leadership Forum (AALF) to lead community engagement, awareness raising, and mobilization throughout the project. AALF is a network of over 1,200 African American individuals united in their belief that they can do more – together – and it has leaders in community change, including business, nonprofits, government, education, health, religion, politics, philanthropy, the arts, and grassroots organizing.

The ultimate goal of this grant is to implement a set of community-driven strategies and interventions to address the disproportionally high rates of menthol tobacco use in the African American community and help prevent and reduce the chronic disease and mortality burden that tobacco exacts on this community. This two-year grant ends October 31, 2017.

As part of this grant, the African American Leadership Forum, in coordination with Hennepin County Public Health, surveyed a convenience sample of 407 African Americans in Hennepin and Ramsey counties from May through July 2016.

This assessment was a first step to deepen understanding of African American use patterns and perceptions and attitudes toward menthol tobacco. It will serve as a basis for community engagement and education in the last grant year.

Twenty-four percent of the respondents are current smokers. 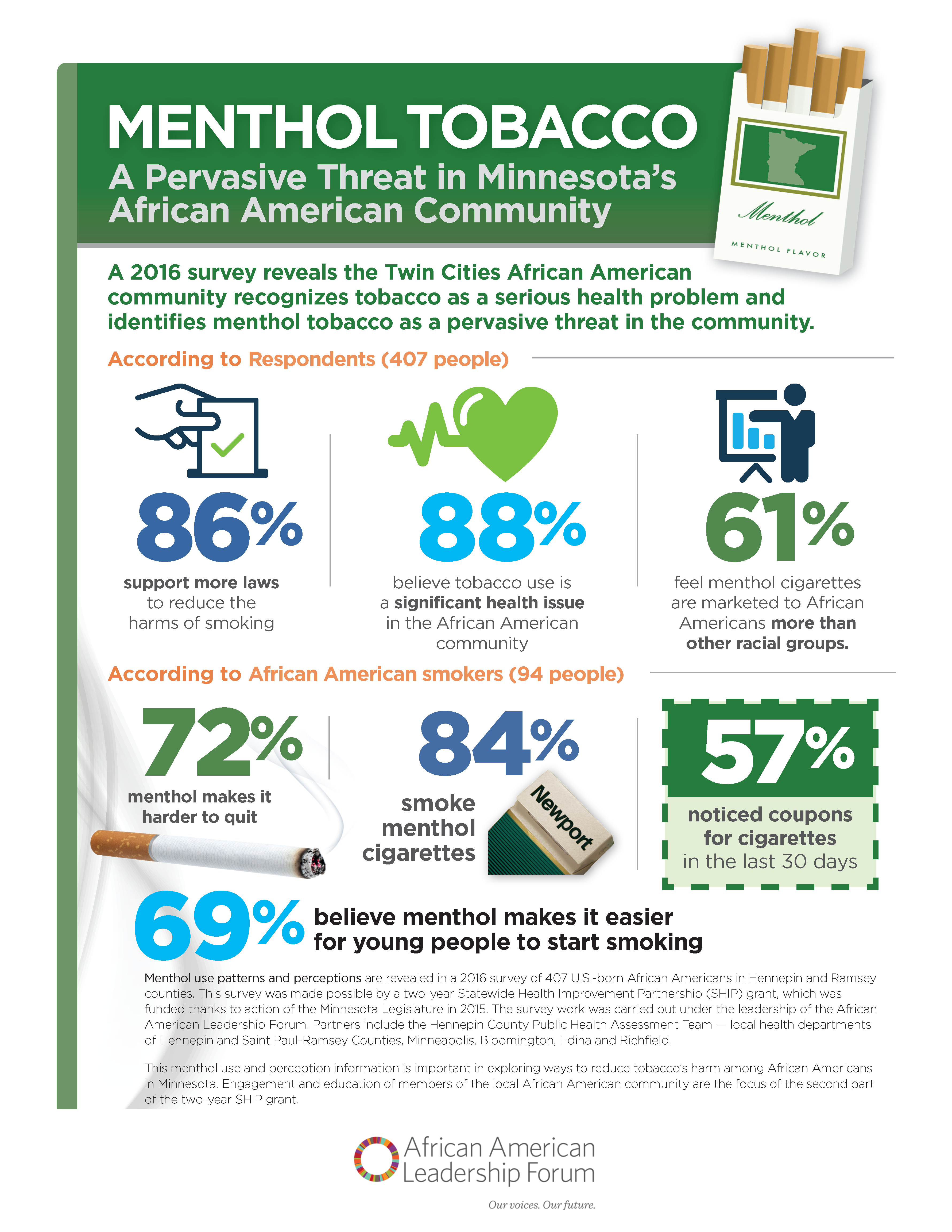 U.S.-born African Americans confirm menthol tobacco is a serious threat to their health.

Survey results reinforce the need to educate and raise awareness on the harms of menthol tobacco use.