The Positive Health Impacts of Raising Tobacco Taxes in Minnesota

An MDH-led study, published in 2017, reinforces that increasing tobacco taxes has a powerful impact on the behaviors of people who smoke. The study found that the 2013 cigarette tax increase, which raised the price of cigarettes by $1.60 per pack, led to a substantial number of Minnesotans who smoke attempting to quit or successfully quitting.1 Raising prices will prevent youth from starting to use commercial tobacco products.

Tobacco taxes also have a potentially powerful effect on reducing health care costs. In Minnesota, smoking was responsible for $3.2 billion in excess medical expenditures in 2014. That translates to $593 per person.2 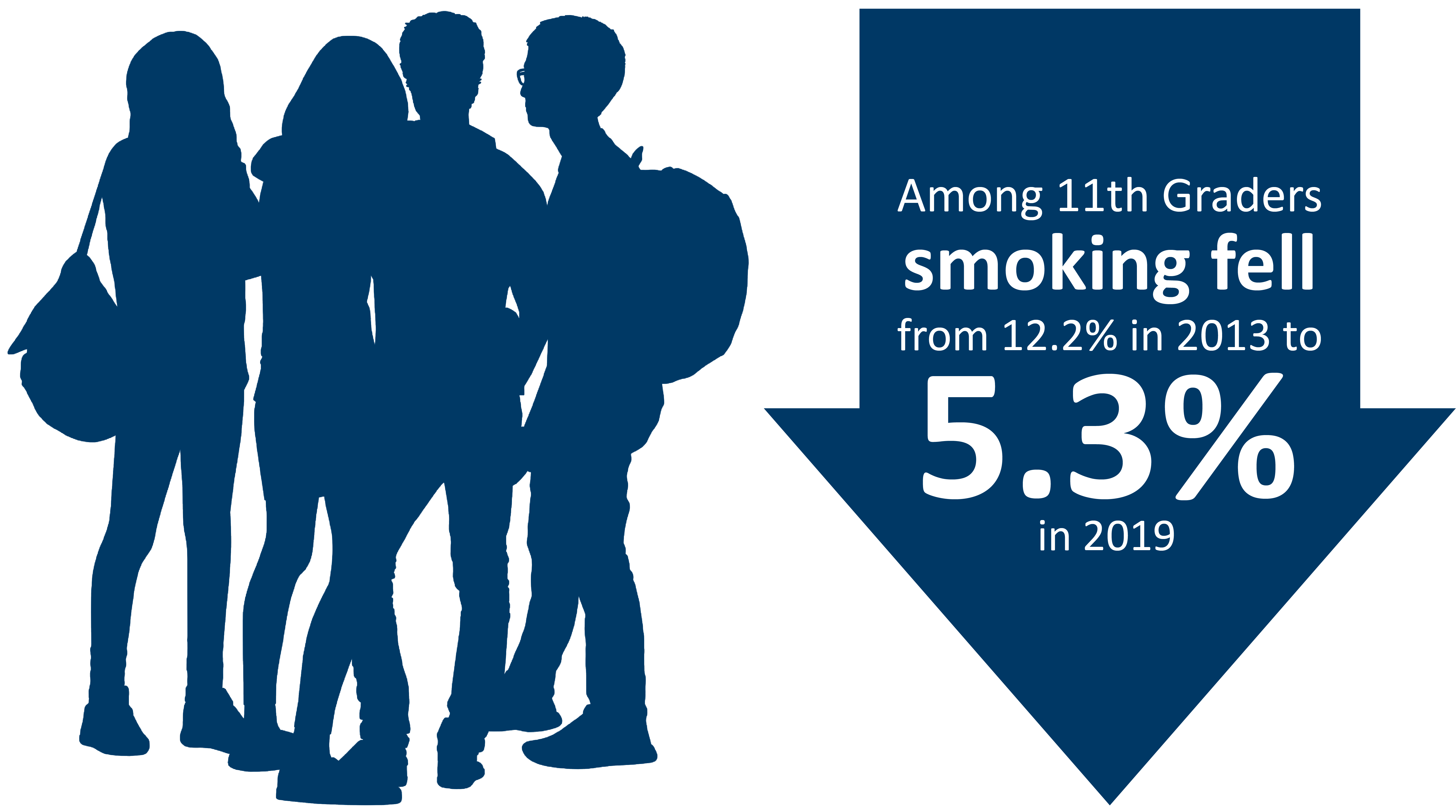 Research shows raising tobacco product prices is one of the most effective tobacco prevention and control strategies.3 Tobacco taxes help raise prices to make cigarettes and other tobacco products too expensive for kids to buy.4

Since the 2013 tobacco tax passed, smoking among Minnesota’s 11th graders has been cut in half.5, 6

People who smoke reported that the 2013 tobacco tax increase influenced their smoking behaviors, with 60.8% thinking about quitting, 48.1% cutting down on smoking, and 44.2% making quit attempts.9

Among those who successfully quit in the past year, 62.8% reported that the price increase helped them make a quit attempt. 62.7% reported that it helped keep them from smoking again.9

Price increases encourage people to stop smoking but are not enough to help everyone quit. For example, some disparately impacted population groups may need additional tools to be successful.10 Black communities, for instance, have historically been targeted by the tobacco industry, resulting in their higher rates of menthol tobacco use which is easier to start using and harder to quit. Offering additional cessation resources to these groups could improve their success rates – and further increase the effectiveness tobacco taxes.

For people who are ready to quit, Quit PartnerTM is here to help.

Quit Partner is Minnesota’s free way to quit nicotine, including smoking, vaping and chewing. Quit Partner offers many support options and resources so that Minnesota residents can find a way to quit that works best for them. Free support includes phone and web coaching, text and email programs, and quit medications like patches, gum or lozenges delivered to your door.

People who use phone coaching and quit medications are more than twice as likely to successfully quit.11